Make and Do: Fuzzy Warbles

Ernest seeks out and interviews independent thinkers, companies and individuals who make AND do things that make a difference and bring colour to our city. We talk to the ever so talented collective Fuzzy Warbles.

Who are you? What do you make or do?

Fuzzy Warbles play 60s, 70s and 80s soul in the broadest sense of the term. We pick the best sounds from across the soul spectrum – ranging from rhythm & blues, hard soul, garage, psyche, funk to disco, with an eye for the dance floor. Spinning only original vintage vinyl for that ‘authentic’ feel.

Myself, Giovanni Spatuzzi, and fellow record collectors Craig Anderson, David Connolly and James Binless run the night which takes place at Ernest, as well as a monthly radio show ‘Fuzzy Warbles Takeover’ on Living In The City Radio.

Why do you do this?

There are so many records which give us that special feeling of making our hairs stand on end.

Individually we have collected records for 25 years plus. Our addiction to vinyl has taken us to record shops across the world, car boot sales, people’s houses, record fares, flea markets, and warehouses.

At the last Fuzzy Warbles I played a set of funk records that I could pretty much guarantee no one had heard before because they were obscure, but that did not matter; the floor filled, people danced and everyone had a fun time. Ultimately, for us, the focus is on the music: pure and simple.

We enjoy organising music nights that are different to the norm.

We have all had involvement in music nights. For example, I have co-promoted and played at a range of electronic music nights – Backlash, Milk The Cow, and Hard Boiled, resulting in around 75 parties. Although we have all slowed down due to other commitments, we do still enjoy running obscure music events.

Where did you first get involved, where did the idea come from?

Fuzzy Warbles was the brainchild of Neil Suddes (Towny) RIP and Craig Anderson. The night started in 2002 to give record collectors an opportunity to play records that were not being played elsewhere in Newcastle. Fuzzy Warbles ran at The Tanners Arms every month for 15 years until the end of 2017. During this time Fuzzy Warbles was also responsible for the annual Byker Groove event. These events invited collectors from across the country to showcase their records. We all got involved in Fuzzy Warbles through the love of music and record collecting.

Who has been your biggest influence?

Everyone involved in Fuzzy Warbles will have their influences. For me, it was John Powney RIP. Friend, and well-respected soul music authority, collector and dealer.

John was a lovely man, but he was the type of person who either liked or disliked you and he would tell you, fortunately for me it was the former. The result of this allowed me to go to John’s home every month for around 15 years to buy records. People often ask me what my favourite record shop is and I say John Powney’s back room, where 95% of my soul collection comes from. At the height of John’s collecting he had over 50,000 records. If the collection existed today it would be worth over a million pounds. John had multiple copies of records that now sell for £5,000 plus. He had copies of records where there were only 5 or 6 copies known in existence. John had the only known acetate copy of Little Ann: Lean Lanky Daddy, I could go on but you get the picture.

More importantly, John’s knowledge of soul music was phenomenal, he was like an encyclopaedia, which is an amazing achievement as he acquired all his knowledge before the internet. John regularly wrote magazine articles, advised on price guides, and contributed tracks to cds.

I regularly went on record buying trips with John to Anglo American Records warehouse in Todmorden, Lancashire. The warehouse contained over a million American soul 45s from floor to ceiling. It was a soul record collectors paradise. John was one of only a handful of people who was allowed full access to the warehouse, this privilege extended to his friends.

Although John loathed the spotlight, there will be a special feature about him on the BBC programme Heir Hunters in either January or February 2018.

What are your current five favourite records?

The Rhythm Makers: Soul On Your Side (Vigor)

Wonderful soul group harmony from this mid-seventies New York band. Written at a time when New York was in social and economic meltdown as depicted in the recent television drama The Deuce.

There is something about instrumentals and they don’t come better than this one from the early seventies Ohio band.

Fantastic fast paced mid-seventies funk from a woman who clearly knows what she wants from her man but is not getting it.

Latin instrumental released in 1968. Christina Aguilera sampled it, allegedly without permission, in Ain’t No Other Man.

Latin soul at its best. Released in 1968 by this New York band. Many radio stations banned the song at the time for its suggestive lyrics.

What is the most important thing you have learned?

Perseverance, especially when trying to showcase obscure music that is outside the norm.

People who share the same values. For example, people who are respectful, truthful and loyal. We like to work with people who do what they say they are going to do. Ultimately, actions speak louder than words.

What does this bring to Newcastle?

People often criticise Newcastle for lacking culturally compared to other cities. In some areas this is true. Although there have always been soul nights in Newcastle, myself and others have preferred to travel to nights such as Friday Street, Glasgow, the Hideaway Club, Manchester, and 6ts at the 100 Club, London, to name a few. This is because there is a scene in these cities where more people are in to the music and the records they play are better. We hope Fuzzy Warbles brings some of the magic that these nights have to Newcastle.

How do you see your future?

Optimistically. However, we do have concerns about the future, especially in the North East of England. Austerity continues, universal credit is not working, and Brexit impact predictions are gloomy. All of this will sadly result in widening inequalities and increased poverty in the region. It was in a climate like this that, in the late 1960s and early 1970s, political elements developed in soul music with songs beginning to comment on issues such as racial inequality and poverty. A good example of this is General Crook: What Time It Is.

Where can people find out more about what you do?

‘The Fuzzy Warbles Takeover’ show on Living In The City Radio which is available to listen to on Wednesday 10th January at 8pm CET.

The Fuzzy Warbles – January 2018 Facebook event page and by coming along to the night which will take place at Ernest on Saturday 27th January from 9pm till 2am and feature:

Giovanni Spatuzzi, Craig Anderson, David Connolly and James Binless playing all the above and more.

We look forward to seeing you. 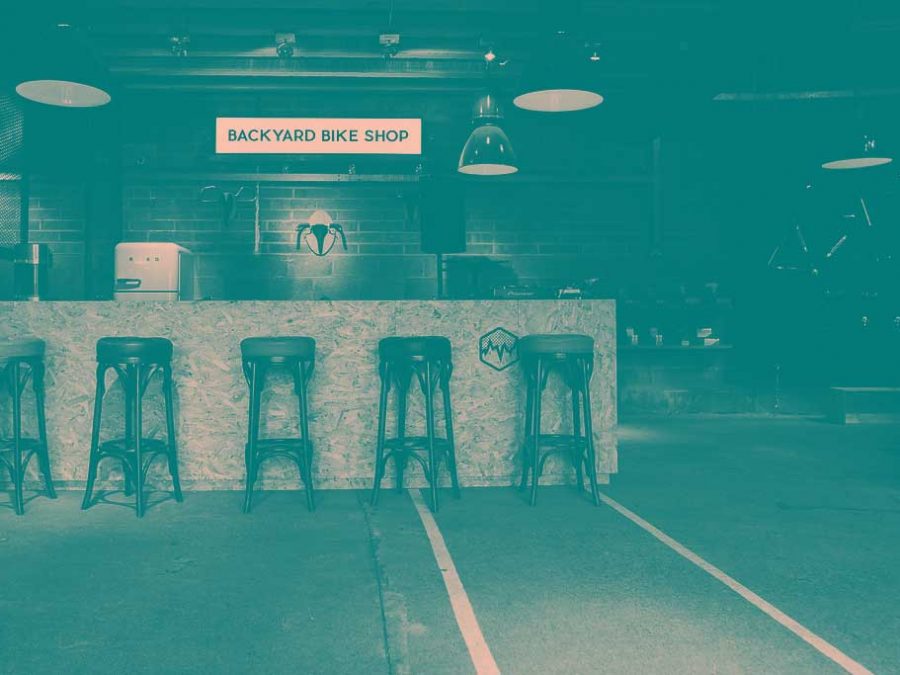 Make and Do – Backyard Bike Shop 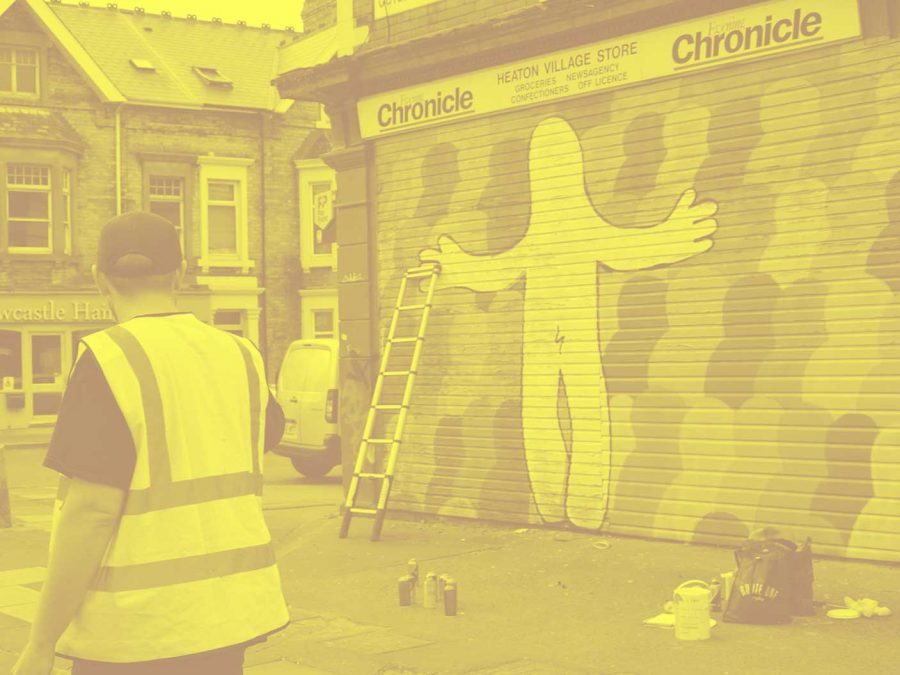 Make and Do – OYOI NCL

We use cookies on our website to give you the most relevant experience by remembering your preferences and repeat visits. By clicking “Accept All”, you consent to the use of ALL the cookies. However, you may visit "Cookie Settings" to provide a controlled consent.
Cookie SettingsAccept All
Manage consent

This website uses cookies to improve your experience while you navigate through the website. Out of these, the cookies that are categorized as necessary are stored on your browser as they are essential for the working of basic functionalities of the website. We also use third-party cookies that help us analyze and understand how you use this website. These cookies will be stored in your browser only with your consent. You also have the option to opt-out of these cookies. But opting out of some of these cookies may affect your browsing experience.
Necessary Always Enabled
Necessary cookies are absolutely essential for the website to function properly. These cookies ensure basic functionalities and security features of the website, anonymously.
Analytics
Analytical cookies are used to understand how visitors interact with the website. These cookies help provide information on metrics the number of visitors, bounce rate, traffic source, etc.
SAVE & ACCEPT